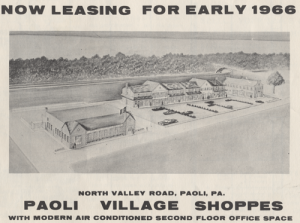 Bob DiSerafino and his partner Stan Luongo met in 1950 at the Arthur A. Shaw Company as staff accountants, working their way up to partner within a few years. In 1958, Stan and Bob sold their interests in that company and started their own accounting firm, Robley & Company, in a building they rented at the corner of Rt 30 and North Valley Road in Paoli.  When the building was for sale, they purchased it.

That was the start of their vision: a town center in the middle of Paoli. It was an ambitious project for two young men with a new business and growing families. They quickly realized that they needed more capital to achieve their goal and invited John Connus, the creator of Connus’ Ale Houses, and a client of Bob and Stan, to become their enthusiastic third partner.

Their plan was simple: build it, and they will come.  So, in 1957 they purchased three available parcels on the block and built the four brick buildings that became the original Paoli Village Shoppes—a name coined by their real estate agent. 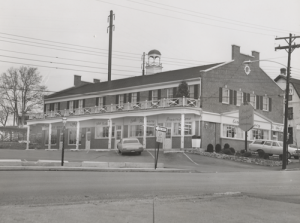 One of the original buildings in 1967

Stan and Bob conducted business meetings with their new tenants in their accounting offices, now located in one of the new brick buildings, and “signed” leases with a handshake. Some of those first tenants were the US Post Office and Testa Jewelers (both still tenants of PVS), The Village Deli (now TJs), the Paoli Pharmacy (now Primo’s Hoagies), Sheffield Furniture (now WSFS Bank), Studio 27 Hair Salon (now Studio H) and The Lily Pad (a women’s clothing shop that is now Plato’s Closet).

At the same time they were working hard to grow their accounting business, Bob & Stan were always on hand to meet every need of their PVS tenants, and soon PVS—owners and tenants alike—felt like they were part of a family. It was a first step to becoming the town center they envisioned.

Step two started in the late 80’s when Stan & Bob sold their shares in Robley & Company, formed a new company, DiSerafino & Luongo, and began acquiring additional properties in the PVS area. In 1988, they purchased lots adjacent to PVS on Rt 30 and built the Coldwell Banker building (now Sushi Nami Japanese Kitchen) and the Mellon Bank Building (now WSFS Bank). Later, in the same year that they bought out their silent partner, John Connus, Bob & Stan purchased an adjacent property on North Valley Road and built the Home Cooked building. 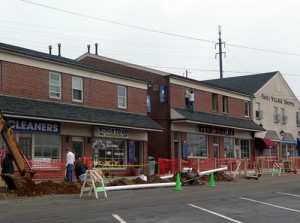 The latest acquisition, the Citadel property on Rt. 30 (now Nudy’s Café), was made in 2010 by the “Next Generation” at Paoli Village Shoppes. After Bob’s death in 2003, two of his adult children (Judy Huey & Rob DiSerafino, Jr.) and Stan Luongo’s two sons (Stan, Jr. and Ron) took over the management. In 2007, they revitalized PVS with a $3 million renovation, new logos, signage, lighting, and landscaping that unified the original and newly acquired properties into one easily identifiable “brand” that communicated the essence of Paoli: a close-knit, small-town feeling in the midst of the sophistication of the Main Line of Philadelphia.

The “Next Generation” had more than physical changes in mind, though. They next focused on three things that they believed would achieve the original goal of their fathers to make PVS the “Heart of Paoli.”

Birthplace of the Paoli Blues Fest

Something that solidified PVS as the “Heart of Paoli” was the Paoli Blues Fest, which for its first eight years was held, at no charge to the festival, on the grounds of PVS. Over ten thousand music lovers met here every October to listen to well-known blues musicians and browse the many craft and food booths surrounding the stage. Having outgrown PVS’s parking lot, the Blues Fest, now in its twelfth year, is held on the grounds of Paoli Presbyterian Church…but it always remembers that it was born at PVS. 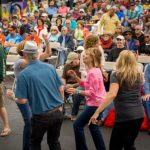 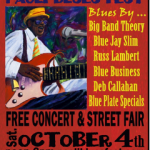 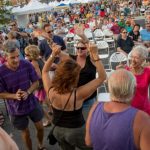 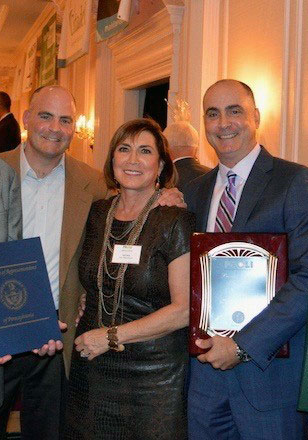 In recognition of PVS’s leadership in the revitalization and beautification of the town of Paoli, PVS was named “Business Person of the Year” by the Paoli Business and Professional Association in both 2008 and 2017. PVS has also been a recipient of the “Beautification Award” numerous times in the thirteen years since the renovation. 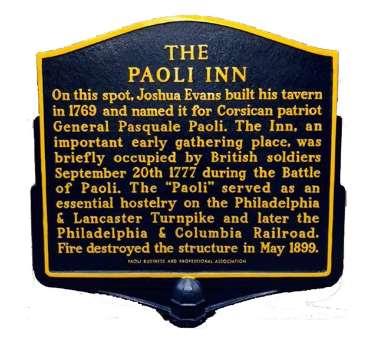 Although a neighborhood landmark since its creation in 1967, PVS became a historic landmark as well in 2019 when the Paoli Business and Professional Association and the Tredyffrin Historical Society recognized the property’s importance to the birth of our nation with a historic plaque.

The plaque identifies the exact spot on the property where once stood The General Paoli Inn, an important gathering place for American Patriots and soldiers during the Revolutionary War.  Curious how Paoli got its name?

In 1769, the Evans family re-named their inn after General Pasquale Paoli, a popular Corsican general who, best known by his slogan “Freedom from Tyranny,” led the fight for independence from foreign rule in Corsica. The inn’s new name, which soon became the name of the entire town, came after General Paoli received the 45th and final toast at a Saint Patrick’s Day celebration at the Evans’ Inn.

The next plaque PVS anticipates is one that marks the spot on PVS property of the first U.S. Post Office in the area, which was opened on December 9, 1826 (and still has a home in PVS today).

The General Paoli Inn in 1777, the year of the Paoli Massacre 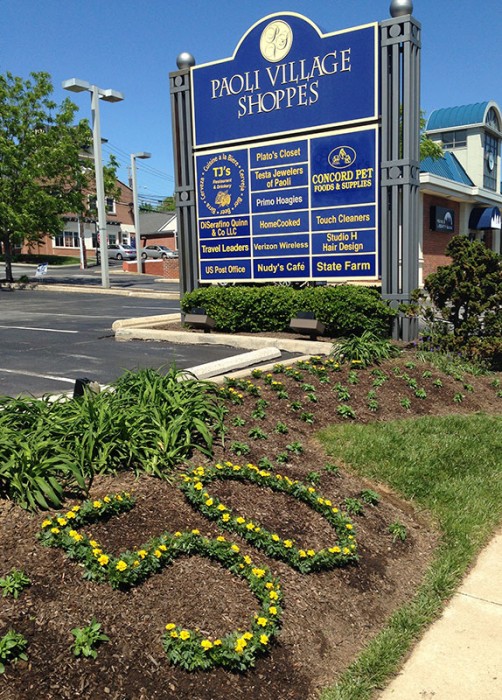 PVS marked its 50th year in 2017 with tenant, customer, and community appreciation events that celebrated the realization of Bob & Stan’s vision. Their property now encompasses an entire block in the very center of town, adjacent to the busiest train station on the Main Line, and has indeed become the town center they envisioned. Judy, Rob, Stan, and Ron are committed to continuing their fathers’ hands-on management approach, high standards in appearance and tenant mix, and community-mindedness so that PVS will continue to be the “Heart of Paoli” for the next 50 years.

Learn about the organizations that Paoli Village Shoppes supports.

Valentine’s Day is less than a month away! If yo

“Faith is taking the first step even when you do

With the holidays over, it’s never too early to

What better way to start off the New Year then wit

Feel like getting your Trivia on tonight?? If so,

We are HYPE for @platosclosetpaoli and their NYE d

It’s Christmas Eve! Stop by PVS to get all your

PVS wishes a Happy Hanukkah to all those who celeb

Christmas is 8 days away! Stop by PVS this weekend

In case you missed it - we can’t decide which fl

We all know that feeling of needing a change.. why

PVS has you covered for all your Sunday errands! B

December has arrived! Thank you to @paolifirecompa

Black Friday is happening at PVS! Our stores have

We have available office space ranging from approximately 400 SF up to 1400 SF.